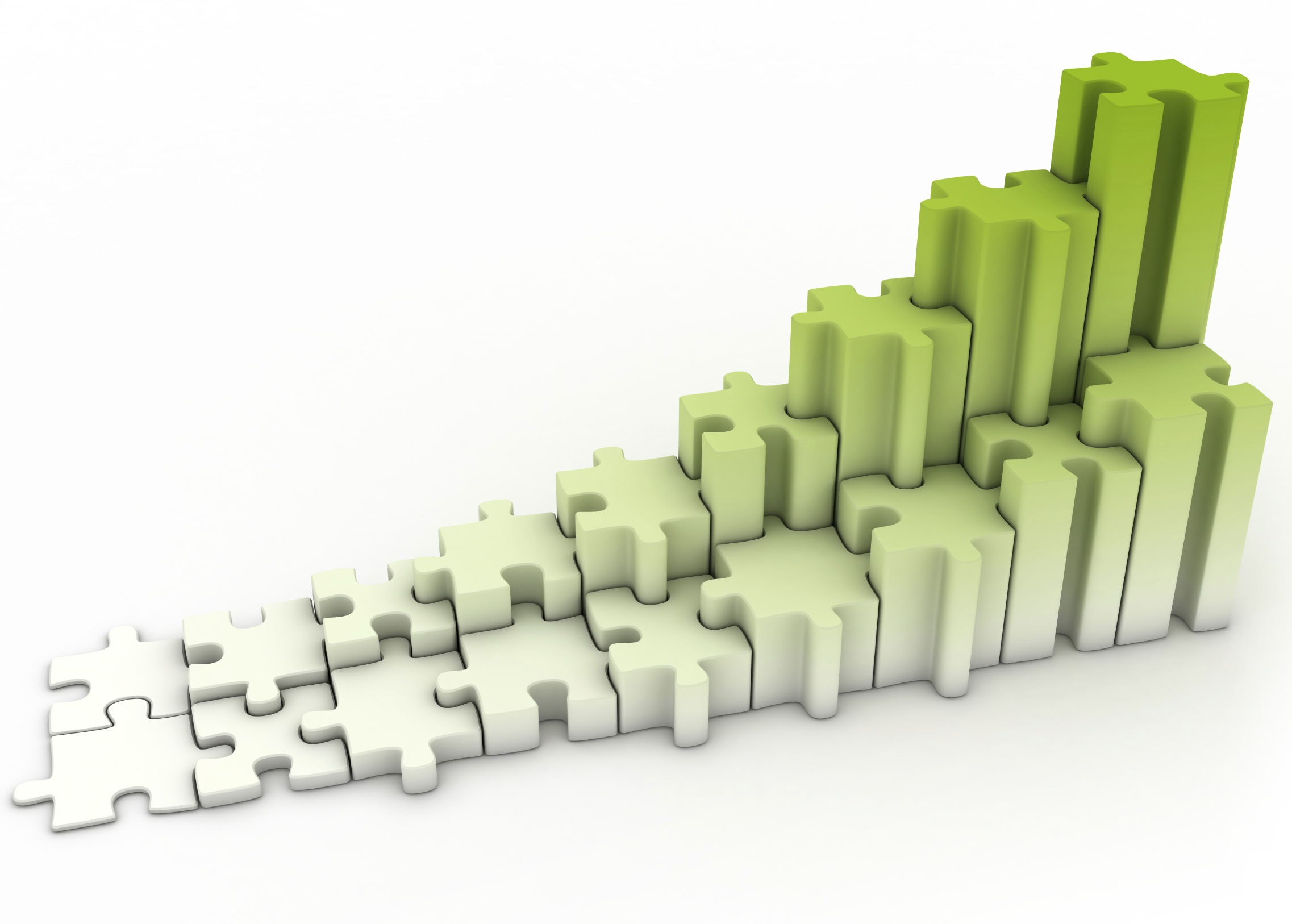 Depending on where you are in the world, we are eight to 10 months deep into a global pandemic without an end in sight.

When lockdowns were rapidly implemented worldwide in March, the prevailing sentiment was that an economic downturn was coming. Naturally, the thinking went, this would impact venture funding and the IPO markets.

That has happened, but not as negatively or in the way many expected.

Instead, over the past two quarters, we have witnessed an accelerated shift to cloud-based services that has been both dramatic and likely persistent, as many of these new behaviors seem poised to endure post pandemic.

And the IPO market is booming.

A look at the numbers

Following a strong second quarter in global funding, the third quarter of 2020 has held up with $76.4 billion in venture funding worldwide—up 1 percent quarter over quarter and 9 percent year over year.

That resilience in venture investment comes amid a sudden change in how we work, learn, shop, dine, travel, consume entertainment and exercise. Neighborhoods are changing with the closure of restaurants and stores while hotels are being repurposed for frontline pandemic workers. Around the world, 1.2 billion school-aged children are not being educated in a classroom, according to the World Economic Forum. And according to a study from Stanford University, 42 percent of the U.S. workforce is working from home. With a high 33 percent of workers not working at all, and the 26 percent of essential workers who are employed on-premises, the U.S. has become a dominant work-from-home economy. Many tech companies have extended their work-from-home periods to July 2021 and some indefinitely. The seismic shift to remote work and school has prompted a boom in cloud-based services and funding for that technology.

“In the last couple years there’s been a trillion dollars of on-premise software that’s transferring to the cloud,” Steve Loughlin from venture firm Accel said in an interview with Crunchbase News. “And that’s just accelerating.”

Zoom reported a jump in daily meeting participants from 10 million in December 2019 to 300 million in April 2020, representing a 2,900 percent growth over this four-month time frame.

Meanwhile Plaid, which connects users’ bank accounts with apps, experienced a surge in usage constituting a 44 percent increase across its customer base March through May when compared to the same period last year.

A survey conducted by Plaid found that 80 percent of Americans say they have no need for a physical bank branch to manage their finances. New stores created on the Shopify platform, which enables small and medium-sized businesses to sell online, grew 71 percent in Q2 2020 compared with Q1 2020.

Crunchbase data shows increased investment between Q1 and Q3 2020 versus the same period in 2019 in health care, apps, payments, education and gaming. Quarter over quarter—when excluding sectors that only showed growth due to a dip in Q2—there has been increased funding to the commerce and shopping, manufacturing, sports, gaming, agriculture and farming, and clothing and apparel sectors.

With this strong funding quarter in mind, here is a quick summary of global funding by stage.

At $2.6 billion, seed funding in the third quarter was down 32 percent year over year and down 11 percent quarter over quarter. It’s worth keeping in mind that seed is the stage with the most extensive reporting delays, as smaller seed fundings are often not reported via the news cycle, but added by founders over time.

Early-stage funding, meanwhile, was $19.3 billion in the third quarter, down 18 percent year over year and down 14 percent quarter over quarter. This difference will lessen as fundings are added after quarter-end, but will most likely not reach the early-stage funding levels of 2019.

Late-stage funding is up

For this quarter, private equity rounds in venture-backed companies tracked at $6.3 billion. This amount is up 76 percent year over year but down 48 percent quarter over quarter.

In summary, late-stage funding  has grown in recent months as investors look toward a strong exit market as the IPO markets opened up in June.

Alternative investors focused on late-stage include Tiger Global Management, T. Rowe Price, Fidelity Management, Coatue and Cormorant Asset Management. These investors have been incredibly active this quarter, an indicator of late-stage funding reaching a new height when compared to the last six quarters.

Firms with a majority of investments in Series C+ rounds include all the alternative investors listed above, as well as OrbiMed, a dedicated health care investor, and Sequoia Capital.

Nine venture-backed companies were acquired for more than $1 billion in the third quarter—the highest count per quarter since the beginning of 2019. As of the end of September we recorded 298 global acquisitions at $40.4 billion in the second quarter. (Editor’s note: The majority of acquisitions do not include a price. We also exclude companies that previously went public.)

The largest M&A this quarter was Menlo Park, California-based Grail, a blood cancer screening company set to be acquired by Illumina for $8 billion pending regulations. Illumina already owned 14.6 percent of Grail since it originally founded the company then spun it off. And, according to Grail’s S-1, Chicago-based ARCH Venture Partners owns 9.5 percent of the company’s stock.

Rockville, Maryland-based gaming platform ZeniMax came in at a close second after its planned acquisition by Microsoft for $7.5 billion. The third-largest was the acquisition of Bay Area-based OSIsoft, which provides real-time data infrastructure, by U.K.-based AVEVA for $5 billion. Kleiner Perkins and TCV are investors in the company.

This year “is now on track to surpass last year by deal count and proceeds, with the biggest IPO market by capital raised since 2014,” according to a special report by Renaissance Capital, a research firm focused on the IPO market.

Six out of seven venture-backed companies in 2020 with an IPO market valuation above $10 billion went public this quarter. This list includes Snowflake, the most valuable software company IPO of all time, valued at $33.2 billion at the time of its public-market debut. Its last valuation in a private funding round was at $12.4 billion. As of Oct. 7, Snowflake is valued at just over $68 billion. Other companies valued above $10 billion on going public include Beijing-based Ke.com, Denver-based Palantir Technologies, Beijing-based Li Auto, San Francisco-based Unity Technologies and Santa Monica-based GoodRx.

As technological advances provide services for the digital consumer, it comes as no surprise that technology stocks and private tech companies are experiencing a moment despite an economic slowdown.

Looking forward, Ant Group, Airbnb, Wish, Root Insurance, ChargePoint and Affirm have all recently filed to go public, while Opendoor and AppHarvest are planning debuts via SPACs. And with a record 631 companies listed on our unicorn board, with 33 new unicorns joining in this third quarter, we are in for a busy final quarter of 2020.

The data contained in this report comes directly from Crunchbase, and is based on reported data. Data reported as of October 7th 2020.

Data lags are most pronounced at the earliest stages of venture activity with seed funding amounts increasing significantly after the end of a quarter.

The most recent quarter will increase over time relative to previous quarters. For funding counts, we notice a strong data lag, especially at the seed and early stages, by  as much as 26 percent to 41 percent a year out.

Please note that all funding values are given in U.S. dollars unless otherwise noted. Crunchbase converts foreign currencies to U.S. dollars at the prevailing spot rate from the date funding rounds, acquisitions, IPOs and other financial events are reported. Even if those events were added to Crunchbase long after the event was announced, foreign currency transactions are converted at the historic spot price.

Early-stage consists of Series A and Series B rounds, as well as other round types. Crunchbase includes venture rounds of unknown series, corporate venture and other rounds above $3 million, and those less than or equal to $15 million.

Technology growth is a private-equity round raised by a company that has previously raised a “venture” round. (So basically, any round from the previously defined stages.)